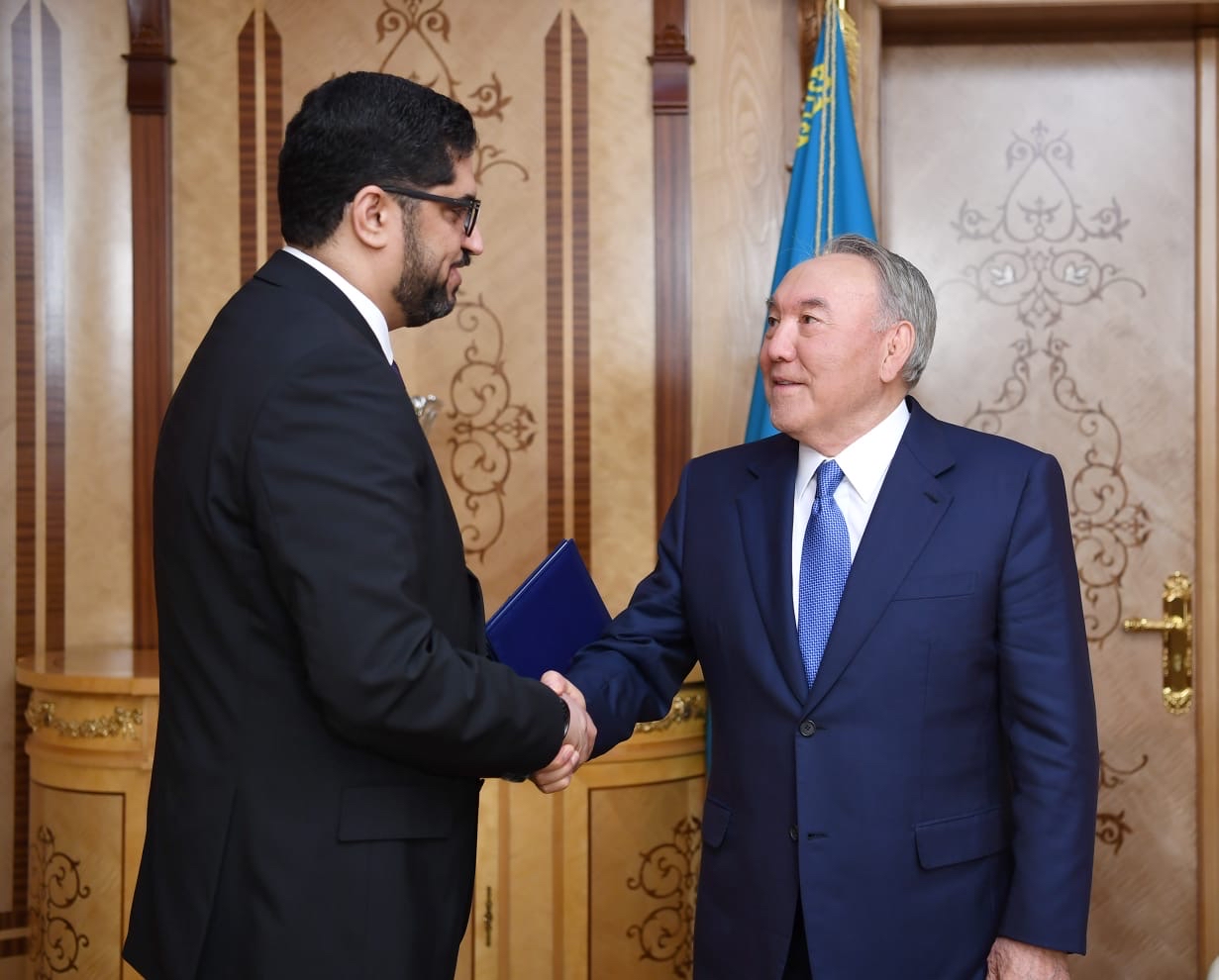 Nazarbayev thanked Al Jaber for his valuable contributions to further strengthening relations between the two countries during his term of duty, which spanned three and a half years and witnessed several milestones, including the establishment of a mutual visa waiver.

“You are a dear friend of our country, and I’m certain we will keep up the cordial relationship between us,” the Kazakh President told Al Jaber.

Al Jaber expressed his honour and pride for having served the UAE in a friendly country like Kazakhstan, where, he said, he has “indelible and wonderful memories.” He thanked the Kazakh President and government for all the support he received during his tenure.